The following is a revised, abbreviated version of Martin Lammon’s original farewell essay “A Journal of Contemporary Culture,” published in Arts & Letters #29, the fall 2014 issue.

This year, I’m stepping down as editor of Arts & Letters, handing over the leadership of the journal to my colleague, Laura Newbern (who will be ably aided, of course, by other colleagues). After fifteen years since the journal first appeared, I’d like to offer readers a little history.

Spring 1997, I interviewed for a unique opportunity that I found advertised in Poets & Writers magazine. In my June interview for the Fuller E. Callaway Endowed Flannery O’Connor Chair in Creative Writing, I made three promises: To build an undergraduate minor in Creative Writing, while also offering a “Creative Thesis Option” for the department’s new M.A. in English degree; to establish a Visiting Writers Series featuring distinguished and new writers; and to develop a national literary journal publishing such writers. Otherwise, the job required that I teach and that I would continue to write, publish, and contribute significantly to the contemporary American literary landscape. At the time, Georgia College had just been given a new mission by the University System of Georgia’s Board of Regents: To serve as the state’s public liberal arts university.

I got the job, and I hope that I’ve lived up to those original promises (and maybe a little more), but that assessment’s best left for others. What I can offer is the story of what happened back then, and since then, and perhaps a glance at what’s to come.

In 1997, thirty-nine years old, I felt as if I’d been thrown into the deep end of the pool. That first year at Georgia College, I knew there was no real budget for what I’d promised. The endowed chair included a $2,500 discretionary budget, but that was all. In addition to teaching classes, writing and publishing, I knew I’d have to become a fund-raiser. Given the generous endowment of the Fuller E. Callway Foundation, which I considered a gift, I determined to implement two principles I’d learned when I was a boy. First, I’d put my money where my mouth was (I pledged $10,000 a year of my salary to kick-start the journal, a pledge that would grow in years to come); and second, I’d tithe, but instead of 10 cents a week in the offering plate, it was $1,000 a month over ten paychecks to a university Foundation account.

In my previous teaching position at Fairmont State in West Virginia, I’d also learned how to apply for state arts funding, and right away, even when all we had was vision and a budget plan, I applied for funding from the Georgia State Arts Council. Over the years, that funding would grow from $1,800 in 1999 to $5,000 a year. I’m sorry to say, but more recently, after the so-called “great recession,” that funding dwindled, and now is gone.

By the time we published the first issue of Arts & Letters (spring 1999, the end of my second year), I’d set aside $20,000 to support the journal, and we’d secured other funding through grants. But most important, we established the annual Arts & Letters prizes competition. A writer’s $15 submission fee was exactly the cost of a two-issue subscription, and all our spring contestants received the fall 1999 and spring 2000 issues, featuring our first $1,000 prize winners in fiction, poetry, and drama. Those spring 1999 revenues were deferred to the next fiscal year, establishing an accrual accounting plan for the journal that would ensure another principle I’d learned when I was a boy: Don’t count your chickens until they’re hatched.

If numbers, budgets, and aphorisms seem boring, well, they are. So here’s the flip side of that coin: That first issue of Arts & Letters featured poetry by Michael Waters; fiction by Thomas E. Kennedy; essays by Dinty W. Moore and Ethelbert Miller; an interview with Ernest Gaines; and poetry translations by W.S. Merwin (Dante’s Purgatoria XIX), Carolyn Wright (Taslima Nasrin), Robert Bly and Sunil Dutta (Ghalib), and Virgil Suarez and Delia M. Poety (Juan Carlos Galeano). That first issue (and the first seven issues) also featured a distinguished artist on the cover and in an eight-page glossy insert (Maritza Dávila in issue #1).

To help establish the journal, I recruited an editorial advisory board of writers I trusted and respected, many of whom contributed work to the journal, visited the Georgia College campus, recommended the journal to other writers, served as final judges for the annual prizes competition, and in general, helped us get started. We no longer claim that editorial advisory board, but here I’d like to acknowledge and thank those writers, editors, and artists. I owe personal thanks to Maggie Anderson, Coleman Barks, Doris Betts, Robert Bly, Fred Chappell, Lee Gutkind, Maxine Kumin, Bret Lott, W.S. Merwin, E. Ethelbert Miller, Rudy Pozzatti, Shannon Ravenel, Virgil Suarez, Jack Troy, and later, Gail Galloway Adams and Dinty W. Moore.

But most of all I owe personal thanks to Donald Hall, since 1980 a mentor and friend, who early on recommended poet Laurie Lamon to us, a frequent contributor and Pushcart Prize winner at Arts & Letters. Don’s visit to our campus in 2004 was memorable. Here’s a photo I’ll always cherish.

In those days, my editorial goals included space for the “World Poetry Translation Series,” book-review essays and featured artwork, and the “Mentors Interview Series” (after that first interview with Ernest Gaines, future issues featured Bobbie Ann Mason, Jean Valentine, Charles Simic, Maxine Kumin, Jane Hirshfield, Lee Smith, John Guare, Janisse Ray, David Ignatow, Tina Howe, Bob Hicok, Charles Baxter, and others). Each issue, I wrote an introductory essay, trying to put the work we published into a contemporary context that was relevant to our own community, but also to a national, even global community. However, after the fall 2004 issue (Arts & Letters #12), in which I eulogized a new colleague and her son, who’d died tragically in a car accident, my introductions became less visionary and more perfunctory. After Susan Atefat-Peckham and Cyrus were killed in that accident, it was hard for me, moving forward.

But the journal survived. Those were the years after our MFA program started (2001-2002, and onward). Financially, our resources were redirected to building that program’s foundation. The effects were small at first, but the journal I’d envisioned in 1999, and that had endured for the first dozen issues or so, had to be scaled back. Slowly, the interviews, translations, book review-essays, and artwork features were diminished, or cut.

However (and here’s where that “boring” financial planning paid off), Arts & Letters never scaled back on our commitment to writers, to publishing their outstanding fiction, poetry, creative nonfiction, and drama, and to paying those writers. We never cut back on honoraria to regular contributors ($50 minimum, usually to poets; otherwise, $10 per published page). And we never cut back on our annual $1,000 prizes in fiction, poetry, or drama; in fact (thanks to a generous gift from Bahram and Fari Atefat), we expanded them to include, in our spring 2008 issue, the first $1,000 Arts & Letters/Susan Atefat Prize in Creative Nonfiction.

In an essay I wrote for Poets & Writers (“One Editor’s Take on Clean Competition,” Sept/Oct 2005, available online at http://www.pw.org), I address two essential principles about literary contests: first, no contest fees should fund the promotion of the competition (the organization should already have a budget in place for such advertising and publicity); and second, contest prizes should be covered by funds not connected to contest submission fees. In the early years, my tithing set aside the funding to cover the $1,000 annual prizes; later, generous gifts large and small from others (but especially from MFA alumnus, Dr. Barry Darugar, and later, the Atefats) have helped to endow our prizes.

For fifteen years, our prizes ($56,000 as of 2014-2015) have been funded by such gifts and endowments. The university generously provides office space and infrastructure for the journal, but so far (with some exceptions), publicity, production, distribution, and contributors’ honoraria are funded primarily by journal revenues, thanks to our save-now-spend-later accounting plan.

I know, that’s not a very sexy vision for a literary journal. But I hope that I’m handing over the journal in good financial shape, and I hope that after 15 years, there’s a strong fiscal and literary foundation upon which others can build.

In 15 years, the writers we’ve featured include Pulitzer Prize, National Book Award, and National Book Critics Circle Award winners; new writers (like poet Beth Ann Fennelly in issue #2, and fiction writer Adam McOmber in issue #23), whose first books were yet to be published; and other distinguished writers, such as George Singleton, Brenda Miller, and Gary Fincke (in issue #27, spring 2013). Our most recent issue (spring 2014, issue #28) features Jennifer Bowen Hicks, winner of the Susan Atefat Prize in Creative Nonfiction for her compelling essay “Candling Delicious.”

Keep an eye on Hicks. I have a hunch she’s our next break-out, kick-starter contributor.

Finally, at the end of the Twentieth Century, when I imagined a journal of national prominence, I was thinking only of a semi-annual, glossy color cover, 8-page color insert, perfect-bound 192-page print journal. Translations would include original poems and facing-page, translated text. In 1997, I’d barely tapped into the new-fangled World Wide Web, and even E-mail was new to me when I moved into my office at Georgia College. By 1999, or maybe it was 2000, I realized we needed to have a website, and my amateur efforts just a decade or so ago were embarrassing. But at least we were plugged in, and ready for what was coming. You can see the impressive changes, and the new vision for Arts & Letters, at our revamped and amped-up web-site.

Whatever new vision for the journal awaits us (and I really don’t know what’s next; I’m excited just like you), I do hope one core value remains. The Fall 2010 issue (#22) was the last to include our subtitle on the cover: Arts & Letters Journal of Contemporary Culture. In 1999, when we published our first issue, I wanted to distinguish between popular culture that so dominated our media, and a contemporary culture that thrived not on television or the cinema (and that wasn’t measured by Nielsen ratings) but reached out, in print, and especially in a “living literature” to bring authors we’d published to our campus and community.

I hope that, as the journal moves forward, even if the subtitle has receded into the past, in the future that vision of a contemporary culture will prevail, because I do believe that our neighbors, our mothers and fathers, sisters and brothers, and even (maybe especially) folks sequestered in universities, do actually long for stories, poems, essays, and other contemporary literature that will offer substance, satisfaction, and not just a way to kill time, or deconstruct a text.

I do believe in you, one reader at a time. I’ve met you in classes I’ve taught for 35 years, in workshops, readings, and conferences where half a dozen or 10,000 were gathered. I’ve met you in New Orleans and Chicago, Phoenix and Boston; I’ve met you in Ohio, Connecticut, Pennsylvania, West Virginia, Costa Rica, Spain, Italy, and Georgia, USA.

None of this matters without you. After all these years, it’s high time I said thank you.

ORDER The Long Road Home at Amazon or directly from Finishing Line Press.

Martin Lammon is Professor Emeritus at Georgia College, where he joined the faculty in 1997 and held the Fuller E. Callaway endowed Flannery O’Connor Chair for 21 years.  There he developed the college’s MFA program in Creative Writing, and founded the literary journal Arts & Letters. He currently lives and works in Atlanta, where he hosts the “Alumni Writers Workshop.” 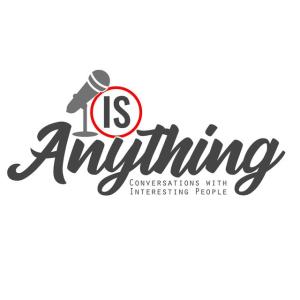 Listen to a February 2019 interview on Jeremy Uriz’s Is Anything podcast.